Ain't Scared of your Jails 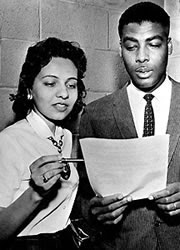 Watching the documentary about the beginnings of the civil rights movements opened up some interesting thoughts. I loved this film. The whole thing stood out because that time in history is an incredible American achievement for black people in America. It is hard to understand a hard time in history because sometimes it is too difficult to endure, or it does not seem like that big of a deal, or like this time period when America seemed to be an embarrassment. I loved the line where the mayor of Nashville, Tennessee said, "I answered that question morally since I am a man." He mentions this after answering very truthfully about how he disagrees that a person should not be discriminated in a restaurant or refused service based on the color of their skin. I loved Diane Nash and how she was the one who asked that question. I am ashamed of the time where people were so ignorant and even stubborn about the racism in Am 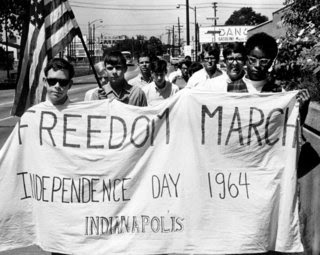 erica. How could anyone honestly treat a human as if he or she were a nobody.
The fact that the college students had so much bravery gave me the chills during this film. They were making a stand and doing what was constitutionally fair and right. The sit-ins were a brave step towards many movements to come like the bus boycotts and the freedom rides. I enjoyed this film thoroughly and hope to see more like it.
Posted by Sam Black at 7:39 AM