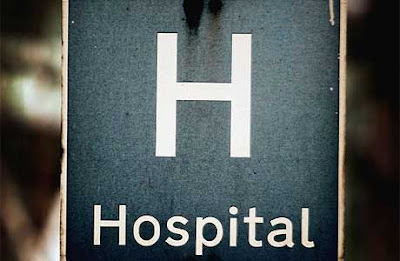 Hospitals are the dirtiest place in America. A powerful theme in this essay is that doctors don’t take the time to cleanse themselves and to stay clean. They will go from patient to patient and shake hands and rub their nose, wipe their hands on their clothing or coat. They are in such a rush that they don’t (or wont?) take the time to wash their hands to rid themselves of bacteria to keep patients from getting infected with new diseases where it could possibly cost them their life. If not death it will make them sicker and they will be hospitalized even longer, putting them at further risk for infections and diseases. Semmelweis realized that simply by not washing ones hands well enough or even consistently that the doctors were to blame for childbed fever. At the time the death rate from this disease was an astonishing 20 percent! Realizing that they were to blame and that the doctors were spreading the disease; Semmelweis decided to order everyone in his ward to wash their hands with chlorine and a brush.
After they were instructed to wash their hands in this manner the rate fell immediately to 1 percent; therefore proving that doctors were the ones to blame for the disease because of their un-cleanliness. It was undeniable proof that he was right and that things needed to change in order for them to save their patients’ lives. Yet doctors ignored his theory and the proof and continued in the manner in which they had been. Instead of being saluted for his discovery and the solution to the problem he was insulted and eventually dismissed from the hospital. At that time there were many and seemingly powerful theories for childbed fever. One belief was that it was the air in the hospitals, that the bacteria in the air was what was killing people. Unfortunately because he was very stubborn and unwilling to acknowledge that anyone else could be right he was outcast. He harangued people about washing their hands; he stood by the sink and made people wash. “Semmelweis was a genius, be he was also a lunatic, and that made him a failed genius (208).”
Another theme in the essay the way we are trying to overcome this spreading of disease. There has been a proper hand washing procedure, we have introduced alcohol rinses and gels to make it easier because they take less time and allow doctors to keep to their busy schedule. These are more effective than hand washing because they are more effective when the concentration goes above 50 percent. But surprisingly enough pure alcohol isn’t more effective than 50 percent. Water is still needed to remove the micro bacterial proteins. There have been protests against this from unwarranted fears of creating noxious air, it doesn’t.
But one major theme would be in the operating rooms, where nothing less than 100 percent compliance with scrubbing is acceptable. This is where infections can be developed the easiest. This setting needs to applied everywhere in the hospital, not just the operating room. The problem with this is not ignorance, people are aware of this and how to prevent further spread of diseases. It’s the fact that people aren’t complying. It has been shown that those who comply within the operating room are the very ones who don’t comply outside of those big double doors. This is a problem that needs fixed all over America. Hospitals are the dirtiest place in America
Posted by Heather R at 11:26 AM