I wasn't raised with them and don't plan to start now." 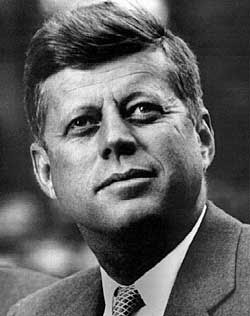 Even though I have seen and read many books and movies on civil rights from the 1960's, I found Ain't Scared of your Jails a very interesting . The documentry showed alot of different viewpionts of policemen and white civil right activist. Many don't realize there was almost as many white americans who were aganist as there were with fighting for civil rights for African Americans. The quote, " I wasn't raised with them and don't plan to start now." from a white man against who clearly was against the idea showed that many just didn't believe in change and wanted everything to be conservative and status quo. I also thought much more of JFK and did not know how much he helped push civil rights. He took a huge gamble in his presidency by getting involved but did it for the best.
Posted by Nick Berggren at 9:24 AM