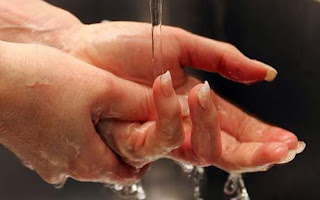 In the essay, On Washing hands, this essay makes it clear how vital it is for anyone, and especially so with doctors, to wash their hands. The idea that washing one’s hands significantly decreases ones chance of contracting a disease is certainly no mystery. In fact, as it says in the essay, “This is, embarrassingly, nothing new. In 1847, at the age of twenty-eight, the Viennese obstetrician Ignac Semmelweis famously deduced that, by not washing their hands consistently or well enough, doctors themselves were to blame for childbed fever.” During this time, childbed fever was the leading cause of maternal death in childbirth which also, as the essay states, was responsible for at least twenty percent of maternal deaths at hospitals. Shockingly, only one percent of mothers who delivered their children at home died at all. This was so because doctors transferred germs between patients, whereas at home no such thing could take place. One would think that this would lead to change in doctor’s practices however no such change took place for a very long time. As it says in this essay the patient who died from the MRSA and VRE infection after an operation, got said infection in the first place because the doctors failed to wash their hands after they had been around all the other patients with MRSA and VRE. It is important for everyone to wash their hands, but it is critical for doctors to do so.
Posted by Jake at 11:08 AM